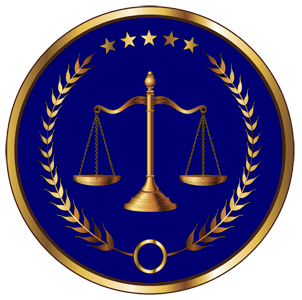 The impact of a traffic citation can range from a simple fine to a suspended or revoked license. Traffic violation charges can have such a great impact on your record, it is a smart idea to seek assistance from an attorney who is knowledgeable of the legal defenses against these charges and is prepared to fight for your rights.

At Gasparis & Zembillas Attorneys At Law, we will aggressively protect your rights. Our law firm has been protecting the rights of individuals facing traffic violations and criminal charges NW Indiana since 1993.

Do I Need A Traffic Violation Attorney For My Citation or Ticket?

The fines associated with traffic violations in Indiana vary depending on the violation and the location where you receive the ticket. For most traffic violations, you will receive both a fine and points on your license. This will also lead to higher insurance rates. You can sometimes offset these points and some of your raised insurance rates by attending a deferral program or Driver Safety Program, which can be an additional expense of time and money.  Is it worth it to hire a lawyer, or should you just pay the fee? In many cases, having an experienced attorney on your side will help more than hurt.

If you contest the ticket in court with legal counsel, you can nullify all penalties if you are found not guilty. This can be important not only for reducing your present fees, but for maintaining an affordable driving insurance rate. According to the DMV, the length of time that a traffic ticket will stay on your driving record depends on your insurance company and the state you’re in, and the state you received the ticket in. 3 years is a fairly typical length of time for which to observe a raised premium. You should always make an effort to contest serious violations because of the severity it can have on your life.

With an attorney, even if you cannot receive a not guilty sentence, you may be able to accept a plea bargain and admit to a less-serious defense. Keep in mind that many tickets are given with the knowledge that a motorist with a good defense could easily fight them. On average, only 4% of drivers ever contest their citations. Many citations involve a quick judgment call on the part of the officer, and sometimes it’s possible to explain to a judge that you were, in fact, driving safely. Receiving a not guilty verdict can also reduce your future likelihood for receiving a driving suspension. While signing a ticket is not an admission of guilt, paying for one is, and once you agree to guilt you cannot go back and contest the ticket later.

It is critical that you seek assistance from a defense attorney who will take every step possible to build a defense for your case. We have handled traffic violations since 1993 from simple citations to serious traffic violations. We are available to defend you against all moving violation charges, including:

Indiana is one of the busiest areas for commercial truck drivers. Truck drivers traveling through the state often receive citations. For truck drivers, even a simple speeding citation could mean the loss of a CDL, resulting in the loss of a job. Indiana has an Habitual Violator Statute. If you receive three serious citations within a ten year period, your license can be suspended for up to 10 years.

Contact Gasparis & Zembillas Attorneys At Law Today For An Appointment!

Learn About Our Practice Areas

How may we help you?